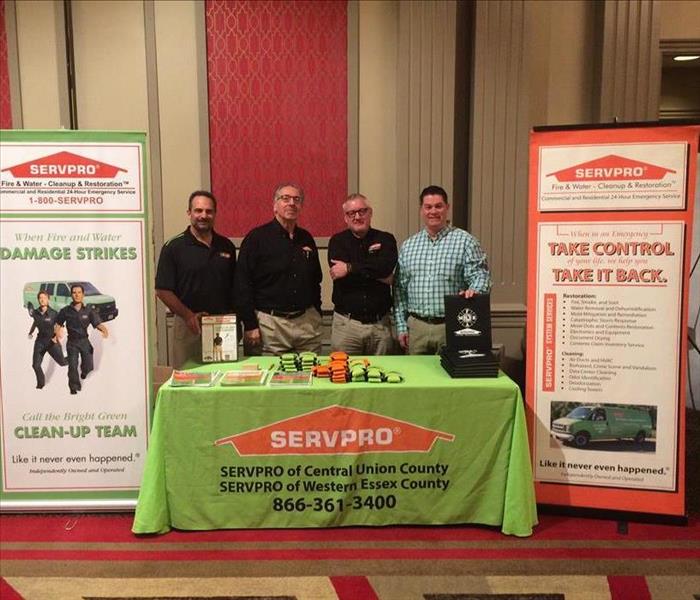 SERVPRO's from North,Central,and South Jersey were displaying our wares at the NJ Fireman's Business Expo.

Recently,SERVPRO of Egg Harbor/Ventnor City teamed up with a SERVPRO from Central Jersey and another from North Jersey at the annual Fireman's Business Expo in Atlantic City,NJ. We partnered as a team to represent the State of NJ,and met many key personnel from around the state as well. We worked in unison to gather and secure data from the area's we each represent,then followed up with phone calls and emails,thanking each and every representative we met from our own territories. The event was for two days,and featured booths set up for meet and greets,breakout rooms for various topics,and plenty of food and beverages for all. We felt this was very worthwhile and have signed up for next year already. Thanks you FireFighter's of NJ!!!